Everything comes from the desire to experiment, to create, to travel and to dream.

no.nu. the simple abbreviation of no-new. That "nothing new" that prompted the skilled hands of its creator to seek stimuli everywhere but above all in nature, in its play of colors, shapes and beauties that sometimes risk remaining unnoticed or even forgotten.

The flower is the trigger of the brand's history, and in particular the frangipani flower. The color, the scent, the magic of uncontaminated and ideal landscapes, landscapes in which to express the sensuality, rigor and luxury of a modern woman have thus influenced the work of the designer to the point of making the flower the most recurring and recognizable element of the collections. Interpreted each time in a sublime way, this element of nature always presents itself in different, detailed, colorful and always contemporary ways and images.

Rajan Tolomei is the mastermind of the brand. A mind that is able to wisely combine every type of raw material, raw and semi-finished, precious or not, and with the artistic ability to combine colors in a unique and exclusive way. All this, in a short time, made no.nu. an Italian brand that stands out for its originality and personality.

Each of us has a desire for exclusivity, personality and a practical uniqueness, says the stylist. It is for this reason that in creating the collections I think of the importance of a great craftsmanship and highly manual imprint, of the need to create artistically what distinguishes and makes every single item a luxurious and exclusive product.

Fashion is urban, practical, simple, luxurious, detailed, imaginative, rigorous, sublime, frivolous and also in a certain sense without canons and boundaries. This is why I wanted to create a woman who could express why or how you dress that way. The when and the where. Harmony with the moment and with your body is what influences each of my creations. My femininity is the translation of my observation of the female world, a rich and exciting world, a unique and unrepeatable world.

Much more simply I would like no.nu. was able to make every woman exclusive, luxurious and extremely practical and feminine, but above all satisfied with her own philosophy of dressing.

Rajan Tolomei was born and lives in Canada from Italian parents.

From Canada he moves first to Tuscany and then to Milan, where he will be a model for about 15 years until, after having traveled all over the world and worked with all the greatest stylists for fashion shows, campaigns and commercials, he decides to play the bizarre adventure of the make-up artist.

From a colorful game, make-up becomes her main and exclusive activity, so much so that after a few years she becomes responsible for the Giorgio Armani Cosmetics line, creates world-famous advertising campaigns, participates in the Victoria's Secret show in Paris, creating an unforgettable femininity. He then arrives at an indisputable milestone when Max Factor chooses him as ambassador and even makes him the protagonist in a famous worldwide campaign with Gwyneth Paltrow.

Models and famous people love the skilled hands of Rajan Tolomei who stands out for his luxurious and delicately haughty style - as he himself says - and is chosen by stylists, supermodels, actresses and singers as the creator of the image for their famous faces.

However, in 2008 something snaps into the mind of this artist and, stating that in addition to make-up and hair, women can create their beauty in harmony with their way of dressing and accessorizing, he creates no.nu. a line of women's clothing and accessories that also achieved its success as a designer and look-maker. 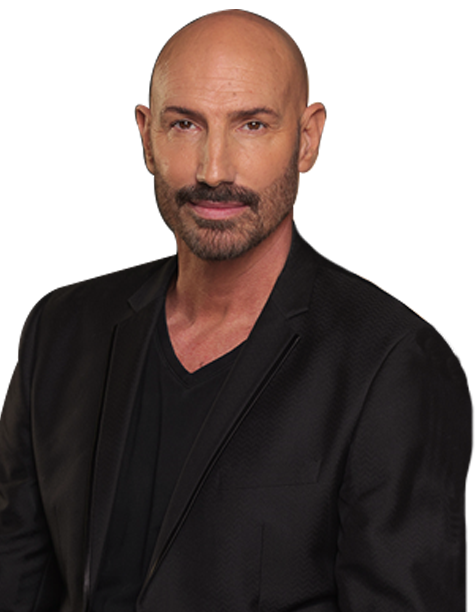